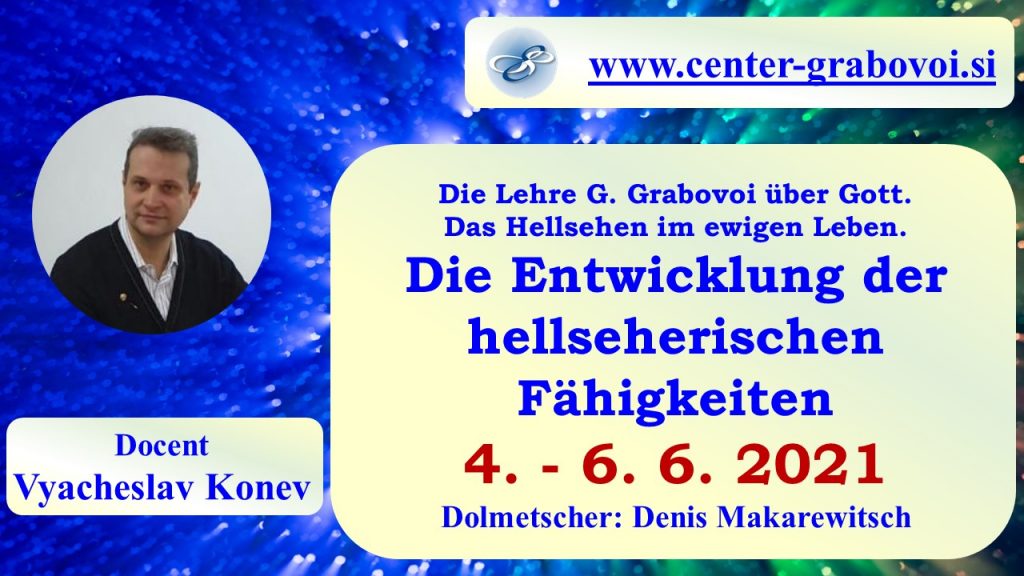 - Clairvoyant vision implies the ability, to see processes in the physical world as well as informational processes.

- The topic is presented by W. Konev in German for the first time. All new techniques.

- The workshop is suitable for both beginners and experienced practitioners.

This path of development leads to the culmination of clairvoyant action, when the mental movement ceases, to be different from the physical. This is the stage, on which the controlling clairvoyance becomes clairvoyance. This is the level, where you can already see everything and know everything, whereby one is practically in the ordinary everyday state and not in a special concentration. There are an infinite number of consequences here, under which one can be protected both by controlling clairvoyance in eternal life, as well as in a certain sphere, that surrounds you.

Here, this visibility not only enables the protection described, but also the logical perception of signals, that come from everywhere. It is important to note, that this is not about the intuitive perception of information, but about their logical understanding.

The above is able to show, that a person is not just one, but can perform many actions at the same time, without causing excessive stress. There is understanding and possibility, z.B. 2 Levels of control to use clairvoyance, d.h. the control of two techniques at the same time. Of course, it increases the speed, with which the result is achieved, and its effective sustainability. For example, in restoring health, a person may enter that stable phase, in which the problem, that existed before, does not return.

After having mastered using at least two techniques at the same time, Is it possible, the ability to develop, to join the action of the third technique at the same moment, and so on. This is essentially the possibility, Cope with situations of any complexity.

The application of the technologies of clairvoyance in eternal life naturally leads to a high and infinitely high contact with the outside world, whereby this outer world sends its signals and impregnates the person with a certain life energy. And these are the signals, who are eternal life, this is the, what realizes the necessary positive creative events in and around a person, which are built solely on love for both human beings and the world at the same time.

After the seminar: "Grigori Grabovoi's teaching about God. Clairvoyance in Eternal Life".

Highlights of the seminar :

I am sending a report on my results during the webinar with Vyacheslav Konev.
Thank you for another wonderful and in every way perfect seminar. For me the seminars are about the teaching of Grigori Grabovoi, led by Vyacheslav Konev, like a true blessing from God. For me it really is eternal knowledge and eternal wisdom in every way. I definitely enjoyed the webinar to the full. The training lasted 3 Days, but that wasn't enough for me. I am already looking forward to the next seminars.
The event gave me a huge amount of answers and insights about myself and the world in every way, in which i live, given.
This knowledge is really priceless to me. If you follow this knowledge, then everything is really so simple and life on earth becomes a true paradise and blessing.
My results are as follows:
- I've realized on a global level, that love really opens every door to all structures of all elements of reality.
- To my delight, I have my knowledge of the earth and the general relationship with the earth in this context, between me and the environment, in which I grow and develop, deepened.
- My health has improved, especially during control to eliminate internal aggression.
- During the joint group work at the webinar, I looked for and found my own control solutions, which I will implement as a regular compulsory exercise in the future. For me it has been GREAT.
- I have the feeling, that for me a door opens into a completely different dimension. This feeling fills me in all aspects of development and stability.
- I liked the beautiful wisdom, which Vyacheslav told us: "Instead of asking us, WHY there are problems, we should ask ourselves, HOW we need to develop, to solve them".
- I understand the concept of THINKING much better and find solutions for my daily activities much faster.
- I have a new understanding of that "spherical shape" and the shape of the sphere, among other things. It is of great importance to my perception, because it gives me more stability and improves sensitivity.
- During practical work, as we see the flow of structures of the future from the "spherical projection of the future" through the spirit to mine "physical body" watched, I felt it clearly, how the global environment of the world calmed down and how the inner harmony and connection with myself improved.
- The workshop enabled me to improve my concentration, I can concentrate faster and think faster.
- I realized a sense of deeper understanding and connection with plants, Animals and other people.

Many thanks to Vyacheslav Konev and to you, Bethy.

What are the advantages of a workshop in the form of a webinar?

Depending on the time factor, this type of seminar is very welcome and also saves time and money. I think it's great, that more and more people from other countries can attend these seminars. It's the way, how we connect with each other and build this glorious way of eternity.

The event takes the form of a workshop, in which the theoretical background is supplemented by specific practical exercises.

Each participant receives a confirmation of participation in electronic form.
Each participant will receive a free link to the webinar video by clicking on the link: https://edu.center-grabovoi.si/membershipsportal

A webinar recording can be purchased at any time.

A webinar recording can be purchased at any time.

Pre-registration is also possible using the application form, but only users with set commitments can access the webinar.

When you pay with PayPal, you will be registered automatically.

Please contact us before paying, if you are an entrepreneur. To be eligible for VAT cancellation, Your tax number must be in the European VIES system. (VAT is not charged under Article 44 of the directive 2006/112 / EC levied.)

If we don't just talk about clairvoyance, but from clairvoyance in Eternal Life, then it enables man, a perception of the context of the past, of the present time and the future time, to develop these times and to see the periodicity in the scale of already eternal life 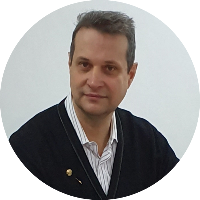 The teacher Vyacheslav Konev conveys knowledge in the same way as the author of the teaching Grigori Grabovoi, so conceptually, d.h. when one knowledge determines the next knowledge and understanding. The knowledge is logically linked and develops an understanding of the overall picture, that is necessary for a successful and quick achievement of control results.

Series of numbers to normalize the events of daily life

If you do NOT want to receive such and similar messages, Please tell us that, by clicking on the
E-Mail-Address info@center-grabovoi.si with the content: Unsubscribe reply.